On the subject of his first computer, Dave Park excitedly brings up the ZX Spectrum before insisting that I search YouTube for games. A quick look at Manic Miner has Dave enraptured for a good three minutes as he discusses timing the jumps. He warns me that I should, 'Look out for the seals.'

Dave says that the ZX Spectrum was actually his brother's, 'He was like, seven - which would have made me about two or three. You had to load the games from a cassette tape, which could take around forty minutes. Manic Miner was the original platform game, all in 8 bit sound, it was really cool. I've loved computers since.'

Dave worked for a few IT companies over the course of 18 years, but it eventually registered that he had no formal qualifications in computers, 'I knew I'd struggle to get any more jobs without them, so I started doing my Microsoft exams. Here, Transcendit pay for them, but where I worked I had to pay for them myself. But I thought, 'I have to get something on paper that says I can do the job I'm doing'.' 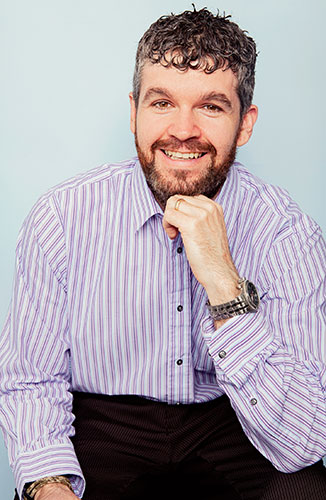 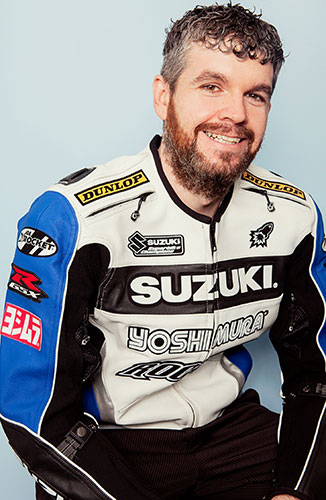 Dave finally got a job at Transcendit as a Support Engineer, although he frequently reminds us that the title on his contract is ''IT Specialist'' - which, 'just sounds better.' He says that working at Transcendit is different to any of the other jobs he's had, 'The massive difference is that all the directors have an understanding of what we do day to day. They were, and are still just like all of us.'

Outside of work, Dave has a multitude of hobbies, such as riding motorbikes, paintball and playing squash. 'My wife says I go through multiple mid-life crises, but its mainly because I get bored very easily. I tend to like doing things to the point where I achieve something. Then I get bored again, and move onto the next thing. The only thing I don't get bored with is work!'

We appreciate it when you take the time to give us feedback. A system called CustomerSure records our client's responses, so you can trust that our reviews are from real people.
Find out what they're saying here.
As ever, the most patient, understanding and effective support one could ask for. Simon Stewart, Trinity Chambers