As a qualified nurse, a pianist and a sword dancer, Jonathan Davis (or Jonty as he is known) might not sound like your stereotypical web developer - but Jonty says he was interested in IT from a young age.

'It started when I was at sixth form college. They had a modem link to Teesside Polytechnic, and a really big computer. I was really interested in the machine, and IT in general.'

Jonty decided to go to university to study Electrical Engineering, but found the course wasn't right for him, 'I didn’t complete the course. I was basically too young, too naïve, too inexperienced and too stupid! I spent my time in the pub instead of doing any work

After dabbling in a few different areas, Jonty eventually went back to college, this time to take an A-Level in Music, 'I got my Grade 8 in piano. Then I worked for Dance City, playing the piano for the ballet practices. But you had to improvise, which was pushing my musical ability a long way! I found improvising for the younger ones easier.'

Even though he loved the position, Jonty still felt like he had more to give, 'I wanted to do something good for people, do some good in the world.' 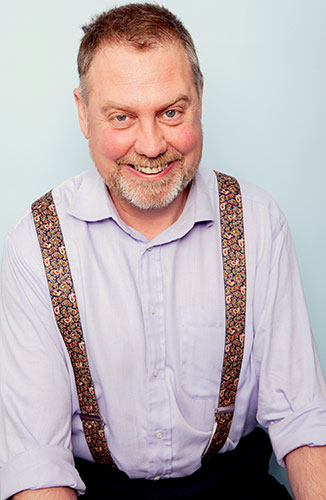 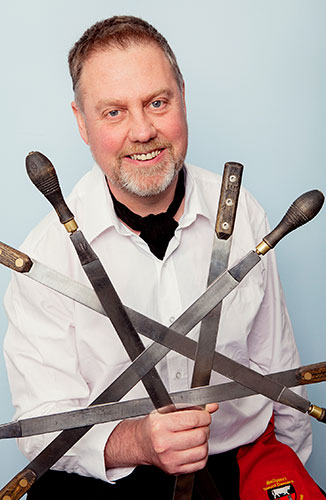 Throughout his time as a nurse, Jonty was keen to continue learning and developing his IT skills. He had taken online courses in coding, and then took the Microsoft accreditation, 'I get letters after my name now! Embarrassingly, it’s Microsoft Certified Professional, MCP, which is also the abbreviation of Male Chauvinist Pig!'

Jonty also spent his time sword dancing with the Sallyport Sword Dancers, which he still does to this day, ' It’s a huge part of my life, I’ve been doing it for thirty odd years now.'

'I got dragged into doing Morris dancing initially. And then all of our sword dancers went their separate ways, and so we thought we’d better learn the sword dancing! And then I bought an accordion and learnt to play that, so we’d have a musician!'

After a career change from nursing to computing, Jonty started working for Transcendit, accepting a three month temporary contract. 'We just had a gentleman’s agreement that we’d part ways at three months if it didn’t suit, and if there wasn’t enough work. But there was loads of work, so I’m still here!'

'Working for Transcendit is fantastic. Coming to work here for a small company, where everybody knows everybody and the Director makes you a coffee in the morning – that’s fairly unique. It’s a delight working here.'

We appreciate it when you take the time to give us feedback. A system called CustomerSure records our client's responses, so you can trust that our reviews are from real people.
Find out what they're saying here.
Your team have been superb! Quick to respond. No hassle. They just get on with the job. After a well-planned and executed Microsoft 365 migration I have been firing out emails as teething problems have arisen and they have turned the requests around pronto. Not to mention being carried out in a friendly yet professional manner. Just amazing performance! Rosie Malcolm-MacEwan