Over 300 hackers, coders and DIY-ers will come together at the Life Centre over Saturday 23rd and Sunday 24th April for the return of Maker Faire UK. The festival will encompass any and all things science, engineering and tech related, and encourage inventors of all ages to have a go at something new.

Ian Simmons, the Director of Science Communication at the Life Centre, spoke to us about the festival and how it has changed since its inception, 'In 2006 it was really aimed at readers of Make magazine, so they could get together and share making ideas. Since then it has grown vastly, and attracts a wide family audience as well as the hardcore makers.' 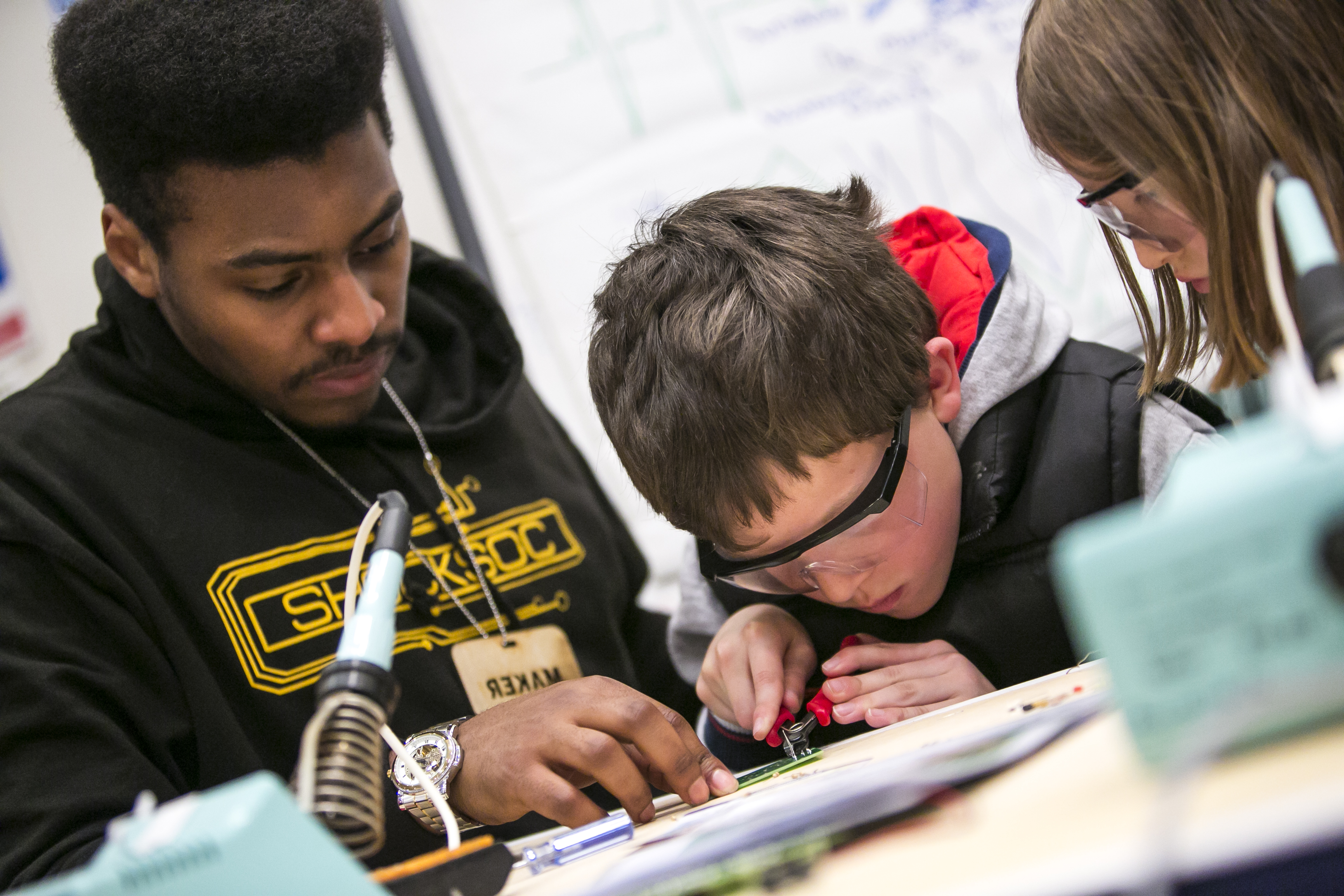 The Maker Faire certainly brings in a crowd - the 2015 festival saw thousands of people head to the Life Centre from all over the country. 'It’s a bit like the circus coming to town' says Ian, 'but with robots, space rockets and quirky eccentricities like homemade ray guns and DIY daleks. There's all sorts of computer based creations, glass making - if you can make it, it’ll probably pop up at Maker Faire somewhere.'

Ian says that Maker Faire showcases science and engineering as a lifestyle, not just a career, 'It’s members of the public creating things and bringing them along to show off, not just companies and institutions telling people about science and engineering. And you are just as likely to find quilters, knitters and food makers there as you are computer hackers.'

That's not to say that techies are given a back seat. Ian says that Maker Faire is hugely important for developing the skills of up-and-coming hackers and coders. 'It creates a massive stimulus. It shows people all the different unusual things you can do with hacking and coding, as well as showing them that they can do it too. And not just after years of study - they can start hacking, coding and inventing straight away.'

If you'd like to attend the Maker Faire this year, you can get tickets here

We appreciate it when you take the time to give us feedback. A system called CustomerSure records our client's responses, so you can trust that our reviews are from real people.
Find out what they're saying here.
Another rescue from the fantastic team at Transcendit! Thanks David W! Results Communications Ltd