Are smartphones listening to our conversations?

A mobile that is always listening to you sounds like something out of The Truman Show, but some people believe that's exactly what is happening whenever your smartphone is within earshot.

There is a growing concern that apps (or the phones themselves) may be eavesdropping on your conversations to offer you more tailored advertisements. Although the technology is certainly possible, Microsoft and Apple have asserted that they do no such thing.

Threads on Reddit are rife with these concerns, with thousands of comments from users discussing their experiences. Many report having had seemingly random conversations and then found their applications littered with adverts relating to them.

Transcendit decided to test the theory. We recorded our web developer Christophe saying, 'Voyage en Australie. C’est superbe, Je voudrais y retourner. ' In English, this means 'Trip to Australia. It is superb, I would like to go back.' We convinced our team to part with their mobiles for an hour, and put Christophe's recording on loop. And then we waited. 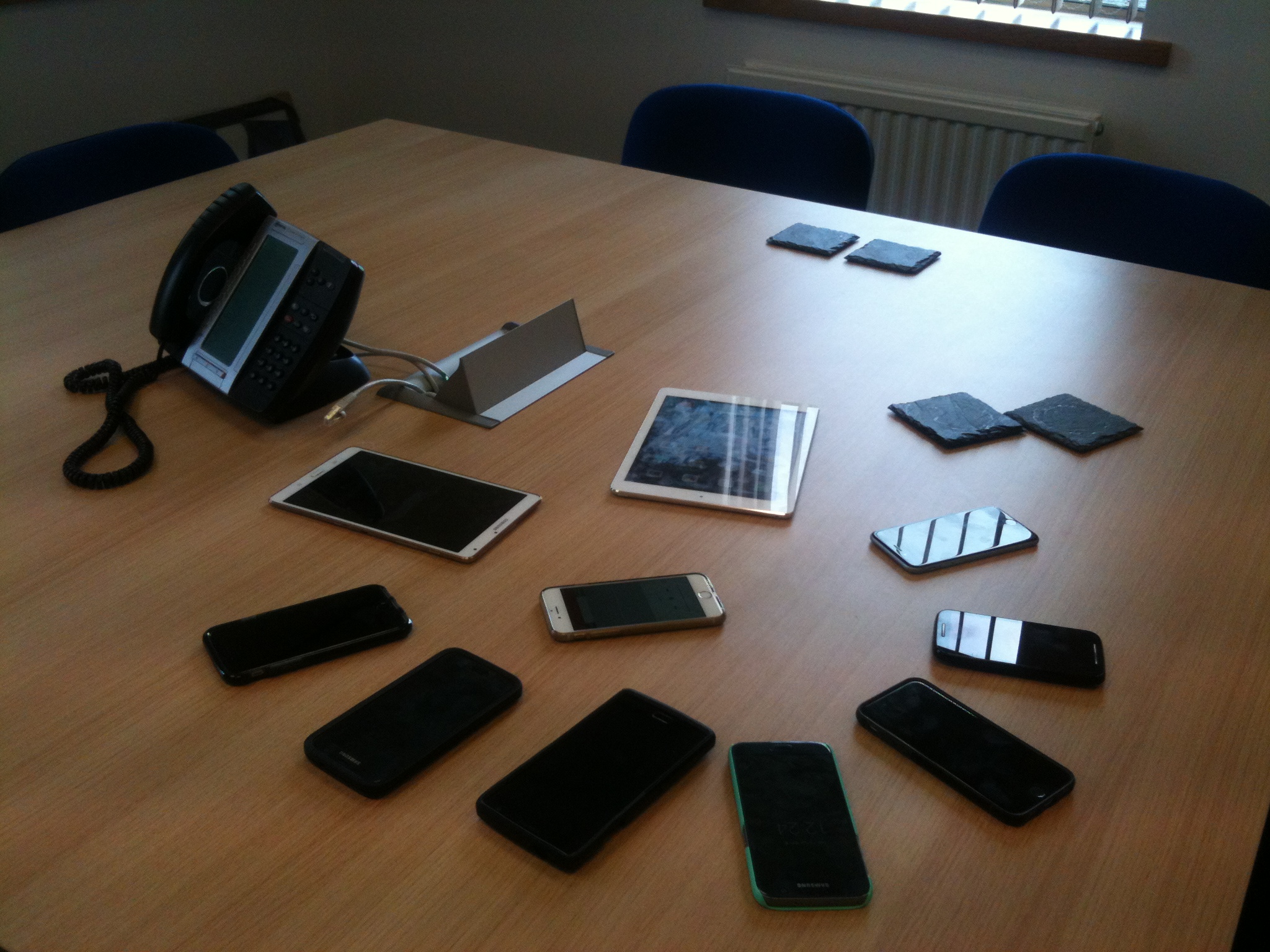 The team were under strict instructions to report any advertisements that seemed out of place. Our development team knew what the phones had been listening to, whereas our support team didn't - but we thought that an advert in French would catch their eye.

However, after a few hours we concluded that our mobiles were not listening to us at all, as the most interesting advert anyone had received was for picture framing services. And then we received the following email: 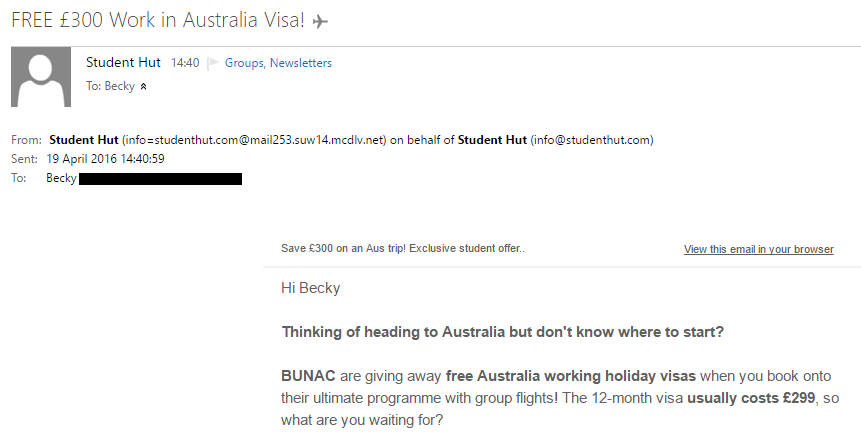 But before you throw your smartphones into the sea, this doesn't prove that our mobile devices are eavesdropping (or conspiring to send us to Australia). A much more feasible explanation is the frequency illusion (or the Baader-Meinhof Phenomenon). This is where something that you're thinking about suddenly seems to be everywhere with improbable frequency.

On further examination of the email, we found that Student Hut had sent it to all of their subscribers (and tweeted about it for good measure). So not quite as targeted as we thought. And out of all the adverts and emails we collectively received, only a single email mentioned anything Australia related. We didn't find that our mobiles were suddenly fluent in French either.

If you want to check how attentive your mobile is being, leave your smartphone next to this for a bit. If your mobile is suddenly speaking Spanish, double check your privacy settings. Or just cover it's ears whenever you have an important conversation.

We appreciate it when you take the time to give us feedback. A system called CustomerSure records our client's responses, so you can trust that our reviews are from real people.
Find out what they're saying here.
Alan is awesome! Jo Carter